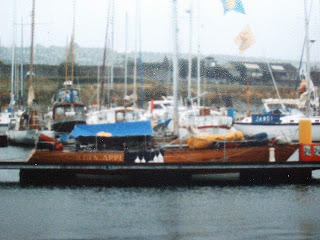 Golden Apple - Picture here in Queen Annes Battery Marina Plymouth after sailing in the 1987 Fastnet Race. This yacht took part in the 1979 Admirals Cup as part of the team of 3 yachts from Ireland.
Do you know who design her?

WHERE IS THIS YACHT NOW ?
IS SHE STILL RACING ?

Update 21.10.12
Originally thought she was called Golden Apple of the Sun this was incorrect
This 44ft yacht was designed by Ron Holland 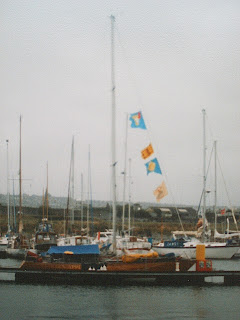